Get fresh music recommendations delivered to your inbox every Friday.
We've updated our Terms of Use. You can review the changes here.

Songs of Love and Death 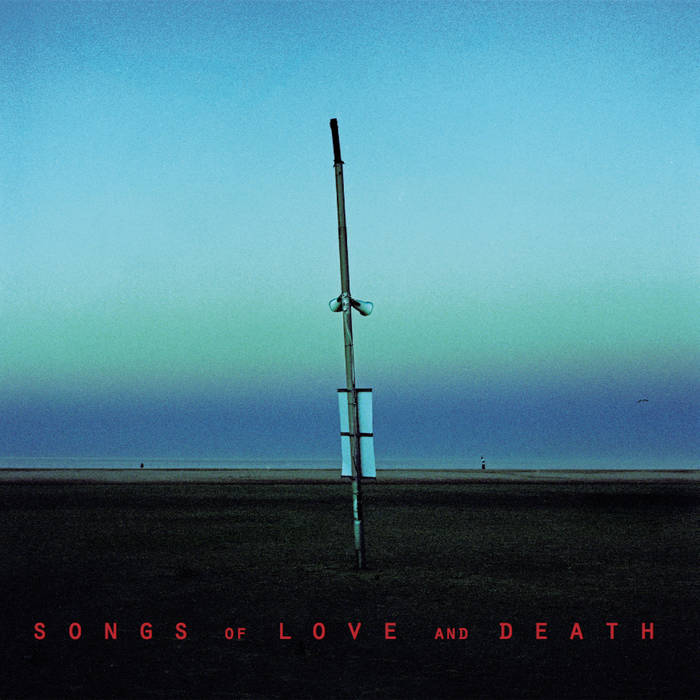 1. Little Dark Star. Words and music: Tim. 2009
This one sort of lay around without ever being performed until we recorded it.

2. The Ballade of the Broken-hearted Bar-fly. Words and music: Tim. 2008
I think I wrote about 15 songs before I wrote a love song. I thought that was quite impressive. Then I learned that REM made 6 albums before they succumbed. Translation: fyf-man-kan: a five litre box-wine.

3. Thousand Yard Stare. Words and music: Tim. 2007
Most of these songs were written during the 5 years or so I spent working as a photographer for the Sunday Times. This was written after a few days spent recovering from covering the xenophobic riots and killings in Port Elizabeth, which were a precursor to the big ones on the Reef in 2010.

4. The Pied Piper of Vlakplaas. Words and music: Tim. 2006
Having come from a fine-arts background, I never really understood why it was acceptable for visual artists to deal with things like the TRC in their work, but not musicians, and why musicians can write love-songs but you never see a love-installation. That last one is maybe a good thing, but who made these rules anyway? This was inspired by not just what I read about Vlakplaas, but also by Jo Ractliffe’s series of photos of that place.

5. Hope Was Inevitable. Words and Music: Tim. 2006
A song about looking back on the first time I saw Nelson Mandela, in Cape Town, 1994, just after he had been elected president. Song title courtesy of the late, great Plumber Rob.

6. The Ballade of Crazy Horse. Words and Music: Tim. 2009
Some songs are inspired by books, this by Bury My Heart at Wounded Knee, and Guns Germs and Steel.

7. The Little Church. Words and Music: Tim. 2009
I wrote this song for all those Christians in the U.S. (not that they’ll ever hear it but anyway) who think America is prosperous because god has somehow intervened in their affairs and blessed them. He must then have cursed all those unfortunate souls who took shelter in the little churches in Rwanda.

8. Oil and Water. Words and Music: Tim. 2010
My departed friend Caleb thought this was a cool song. “It’s like Alanis Morissette for guys,” he said.

9. Continental Rift. Words and Music: Tim. 2008
A song about falling for someone from another continent who will never quite understand the continent you’re on.

10. Scattered. Words and Music: Tim. 2008
We had our clothes hanging on two racks in the bedroom. After she moved out, I walked upstairs and saw a whole rack of empty coat-hangers. It was the saddest thing to see, the absence of a presence.

11. Revelations. Words and Music: Tim. 2005
This song about millenarian movements was the first proper song I wrote. I guess a lot of stuff that had been occupying my mind came out. It kind of took my friends and me by surprise.


Thank You:
There are so many people I’d like to thank. Too many, dunno where to start.
Big thanks to all who performed on it: Joe, Stella Konik, Megan du Toit, Lloyd Martin, John Dickin, Caleb Vaughn-Jones, Danny Boschoff, Dolla Sapeta, Will Pinnock and Simon van der Linden.
Big thanks also, for his input: Donovan Hattingh, and Andrew and Jen for the house by the river.

Thanks also, in no particular order, to everyone who encouraged me at the beginning of this weird mid-life decision to start writing songs, as some people thought I was mad: Anton, Henry and Michele, Marc and Yolande, Pete, Mandy, Dolla, Baadie, Rob B, Danny, Fergus, Philpie, BA, Evan, Herman, Donald, Pat, Gary, Sean, Will and Shannon, Vos and Val, Will P-J, Dave G, John D, Allasdair, Ettianus, Kendal, Waynee, Dori, Hagen, Amy, Gni, Raadie, Anton B, Graghim, Shouli, Mike W, the departed souls of Johnny Hodgkiss, Caleb Eastwood and Plumber Rob, and of course, the biggest culprits of all, Jane and Joe. Thanks also to my mom and dad and brother James for all their moral support, albeit accompanied by slight befuddlement, and to the many others who subsequently gave their support.

Humble thanks to all the SA musicians and bands who have inspired me musically over the years: Anton Calitz, Dave Goldblum and his cousin The Vabond, Chris Letcher & Matthew van der Want, Koos Kombuis, David Kramer, Valiant Swart, James Phillips, Rian Malan, Gert Vlok Nel, Will Pinnock, Joe, The Ha!Man, Strange Little Man, Fetish, and Juluka, amongst others. Humble high-fives to my musical heroes who now reside in The Hotel Eternal Blackness: Leonard Cohen, John Martyn and Nick Drake.

Big thanks to the musos of Port Elizabeth in general. They’re an awesome bunch: very supportive of each other, and always keen to lend a hand. Thanks especially to those who sometimes collaborate with Joe and me: Stella Konik, Megan du Toit, Jason Erlank, and the Ha!Man. Thanks also to Alan at Offbeat for lending us a 12-string for the recording, and Fergus for the classical.

Bigger thank yous to my brothers James, Frank and Chris for making sure I listened to decent music as a kid, to Simon Lawson for teaching me the basics all those years ago, and Anton Calitz for being so encouraging right from the very start. (And to my housemates Jimmy, Rabbi and the rest in 67 African Street, Grahamstown, for tolerating my tuneless noodling).

Biggest thank yous to Jane Burt for encouraging me to write, and for being my guide through the landscape of ideas and the intellect, and to Joe van der Linden for far too many things to mention, not the least being all the kick-ass playing, inspired decisions and hard work in producing this album. And for being able to work around my click-track allergy foible.

Bandcamp Daily  your guide to the world of Bandcamp

Alex Rita and Errol from Touching Bass feature in our special London edition of the Bandcamp Weekly.